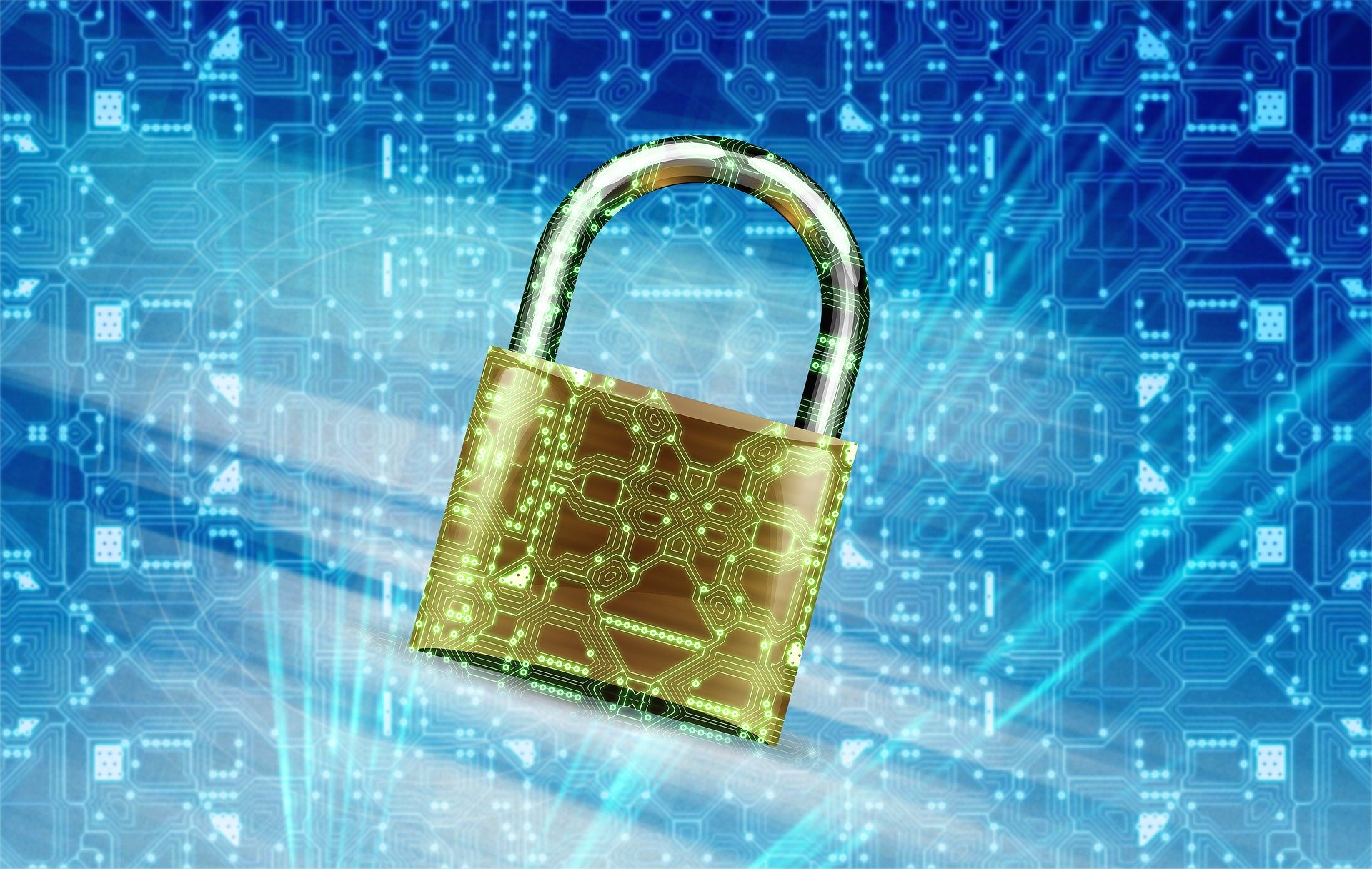 The need to protect data from being read by unauthorized people has always been there. In the last years, this need has even increased. One of the first things that come to mind is e.g. GPDR but there are many other cases why you need to protect your data.

Here are some examples(*):

As the “UBS Group AG” example shows, this was not an external attack, but a data theft done by an employee working for the company. So not only external threats need to be managed, also internally the necessary security measures need to be taken. And don’t forget: also external attackers get smarter!

Running your databases in the backend is a good starting point, but with previous examples in mind, do you think it will really avoid any data to be stolen? What do you do when your vendor asks a copy of the data for testing purposes? And what about your Development/Acceptance and Testing databases? Is the data copied from Production without any further action, so it is fully visible for your developers and testers (which possibly are external consultants)?

Our best practices regarding Microsoft SQL Server Security can be found a bit further in this article (we can also provide Database Security best practices for Oracle, PostgreSQL, MySQL, MariaDB and MongoDB).

Which Database Security setup is the best for you really depends. Monin can help you to evaluate this case by case. We can provide a tailored Database Security Awareness session based on your environment. First we’ll perform a high-level security assessment, afterwards we’ll go through all the security aspects on Database level which you could implement in your environment. Our specialist will discuss all advantages and disadvantages of each security solution.

How to get started on protecting your data

Let’s have a look at some available solutions on both client and database level so that you can decide which level of protection your data needs. The next paragraphs are based on Microsoft SQL Server Security, but we can also provide Security best practices for Oracle, PostgreSQL, MySQL, MariaDB and MongoDB.

Start with the basics

The next 2 solutions should be implemented correctly by default, it’s a starting point before you go any further.

Encrypt the storage of your client devices

This can be done by encrypting the hard disk(s) on your laptop/desktop. Many new PCs that ship with Windows 10 will automatically have “Device Encryption” enabled. This feature was first introduced in Windows 8.1, and there are specific hardware requirements for this. Not every PC will have this feature, but some will. 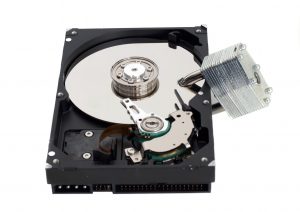 If Device Encryption isn’t enabled—or if you want a more powerful encryption solution that can also encrypt removable USB drives, for example—you’ll want to use BitLocker. Microsoft’s BitLocker encryption tool has been part of Windows for several versions now, and it’s generally well regarded. However, Microsoft still restricts BitLocker to Professional, Enterprise, and Education editions of Windows 10. An alternative is third party software such as TrueCrypt, DiskCryptor, Comodo, …

On Apple computers one can use FileVault.

For Linux we have: Tomb, Cryptmount, CryFS, GnuPG, VeraCrypt, …

It’s recommended to enforce a policy which encrypts portable external storage (e.g. USB sticks/drives) if the intention is to use them for write operations.

If the device is lost/stolen, storage encryption prevents the data from being read.

Limit the accounts and rights on the server and databases

Giving access to SQL Server is a 2 step procedure: 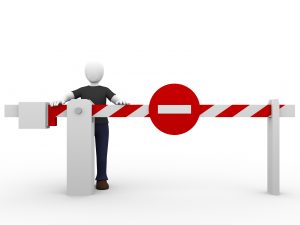 On the database level, clearly define which accounts have access. E.g.: do not enable the “guest” account.

Be extremely careful with the high privileged roles on the server level:

Verify in every database the membership of the “db_owner” role: no end-user application should be member of this role.

Go to the next level 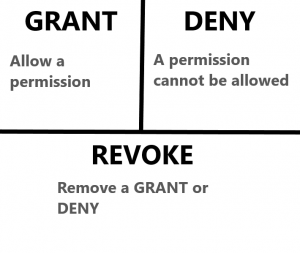 These statements have been around since the dawn of time. They are used for fine tuning how and by whom an object can be accessed. This is a simple solution and will work just fine for “normal” end-users.

Users which have NT-administrator rights, can copy the backup of the database and restore it on another server/desktop/laptop where they have sysadmin rights.

As the name suggests, TDE encrypts the complete database but this process is transparent for the end-users. In other words: you don’t have to modify your application. 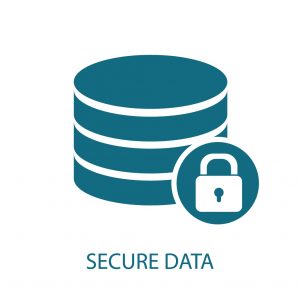 Although the data files are encrypted, the decryption is done when the result is sent to the client. This makes the data visible for network sniffers.

Of course, to prevent access to the data, you still have to restrict access by selecting the accounts which have access and by using GRANT, REVOKE, DENY on the database objects.

Note that your backup files are protected as well: without the correct certificate it will not be possible to restore the backup on another machine.

The “Use GRANT/REVOKE/DENY” and “Use Transparent Database Encryption (TDE)” methods have the same nagging problem coming back: network sniffers. To close this security hole, we can encrypt the communication between the client & SQL Server using TLS. 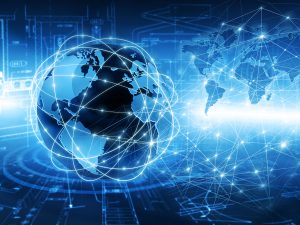 It’s worth mentioning that enabling encrypted connections can have a performance impact.  This is due to the extra network round trip when establishing a secure connection, as well as the encryption and decryption overhead which is handled by the .NET-libraries on the client and server.

You can either devise your own encryption code, use the “Encrypt/Decrypt” methods in .NET or buy third-party libraries to encrypt/decrypt your data.

This will incur a lot of work as every piece of code which communicates with SQL Server will have to encrypt/decrypt data. If somewhere in your application you forget to apply an encrypt/decrypt operation, this can result in serious data corruption.

This technique is available since SQL Server 2016. Instead of encrypting a field, you mask either a part or the complete field using a function.

By default, only the owner of table will see the unmasked data. If you grant SELECT to the table to other accounts/roles, they’ll only see the masked data.

Giving access to the unmasked data in done via the GRANT command.

If you take your data seriously then you should have a strict separation between PROD and non-PROD: PROD should only be accessible for the business. Developers should only have access to non-PROD.

However, before releasing a new version in PROD you want to test it thoroughly in non-PROD with enough relevant data. So you have to copy your PROD DB to non-PROD, don’t you?

The answer is yes, but you should scramble the sensitive data so that it becomes impossible to link the data with the real information in PROD.

Before this is feature was only available on the enterprise edition of SQL Server (versions prior to SQL Server 2016).

Since version 2016, this has been made available on all editions.

In this model the data is encrypted on the server and, in contrast with TDE, stays encrypted until it arrives at the client. 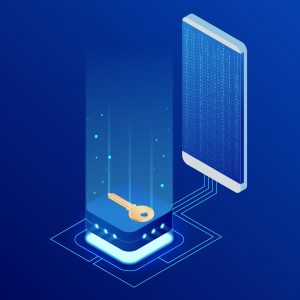 As you can see there are quite a few limitations in the current version of Always Encrypted. On the other hand, this is the most secure way to encrypt your data.

Which setup is the best for you really depends. Monin can help you to evaluate this case by case. We can provide a tailored Microsoft SQL Security Awareness session based on your environment. First we’ll perform a high-level security assessment, afterwards we’ll go through all the security aspects on Microsoft SQL Server level which you could implement in your environment. Our specialist will discuss all advantages and disadvantages of each security solution.